Showing posts from January, 2014
Show All

Demerara Waves March against slothful police probes into killing of homosexuals Saturday, 11 January 2014 19:07 Add new comment Published  1 2 3 4 5 (3 votes) Denis Scott Chabrol “Sex workers rights are human rights”, “Sex work is work,”, “LGBT rights are human rights”,  “Anti-man rights are human rights” and “We want to justice,” were among the chants by members of the transgender and sex worker community who marched through sections of Georgetown to demand justice for the number of gays who were killed last year. The march was held to coincide with the first anniversary of the killing of 19-year old Wesley “Tiffany” Holder on January 11, 2013 and the dumping of his body near the St. Phillip’s Anglican Church.  The others were Delon Melville whose body was found aback Mocha in August and 36-year old Nandkumar Purnwassie also known as Vishaul, Champa and Darshinie whose battered body was found on a street at Anchor Ville, Port Mourant, Coren
Read more 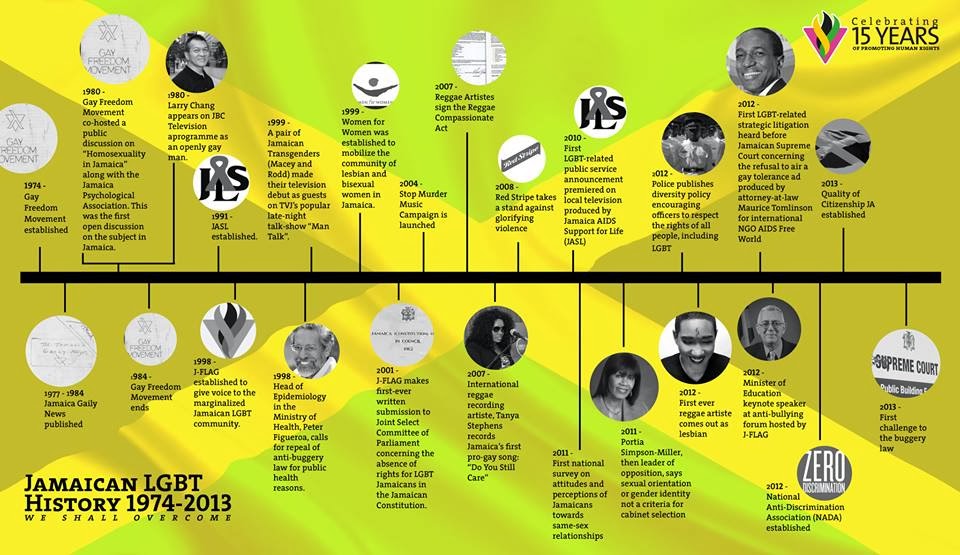 Happy 2014 to everyone - this update covers December 2013 and the New Year's period which had some interesting activity in the work to advance LGBT equality. In December, J-FLAG celebrated its 15th Anniversary, and produced a timeline of the years of LGBT advocacy in Jamaica. ( Click on image to see full size ) Nelson Mandela's role in advancing LGBT equality was recorded in an article in the Stabroek News from Joel Simpson in Guyana In Barbados, Prime Minister Freundel Stuart responds to Barbados GLAD to say that  Barbados remains committed to lending its voice in calls for an end to discrimination against "persons of differing sexual orientation. " Jamaican pastor Sean Major-Campbell continues to speak out against discrimination, a counter to the religiously fuelled homophobia experienced in many parts of the Caribbean. SASOD has published four episodes of its Interacts series on the film festival. Episode 1 is at http://youtu.be/b_Od3Vu_
Post a Comment
Read more
More posts