Showing posts from February, 2014
Show All 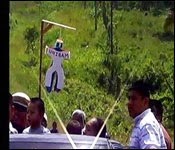 Public debate  In the Bahamas, the Foreign Minister Fred Mitchell makes statements about aid a nd LGBT equality even as the Nassau Guardian reports that  Gays recall fears of living in the Bahamas In Belize, UNIBAM writes about How Self censorship, threats and negotiations undermine rights. In Trinidad & Tobago, the discussions on Constitutional Reform included the debate about gay rights in the constitution.  Colin Robinson from CAISO was able to explain in a TV programme.   Colin Robinson - CAISO - on Constitutional Reform from globewriter on Vimeo . Colin Robinson also wrote in the Guardian about Rights, Child Molesters and the Constitution . In Trinidad as well, the Vatican Representative urged Catholics to shun the gay debate even as a Catholic priest Father Stephen Geofroy urges that T&T must enshrine BASIC dignity of all human beings   .  Trinidadian artist Leroy Clarke makes some comments about how Homosexuality Fuels Crime . There are many respons
Post a Comment
Read more 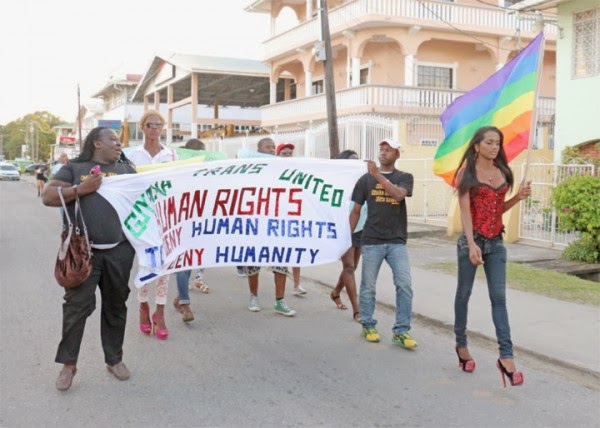 Memories and calls for Justice In Guyana, Guyana Trans United organised a march to call for justice for Tiffany Holder and others. This march was reported in d ifferent media. http://www.stabroeknews.com Stabroek News 12 January, 2014  The day after the march in Guyana, 18 year old Joseph Sanchez was killed In Belize, The following reports and blogs paint a picture of the circumstances around his murder. Plus TV 7 News Belize News Channel 5  UNIBAM's Analysis of Hate Crime vs Hate Incident Aria Lightfoot's blog : Joseph Sanchez is Dead but Who am I? There was also a statement from the US State Department. Recognition In St Lucia, Kenita Placide, is vote d St Lucia Star's People's Choice for 2013 Person of the Yea r. Kenita Placide : Co-Executive Director of Saint Lucia’s United and Strong Inc, Eastern Caribbean Co-ordinator at CariFLAGS (Caribbean Forum for  Liberation and Acceptance of Genders and Sexualities and Co-ordinator of the
Post a Comment
Read more
More posts