Showing posts from January, 2016
Show All 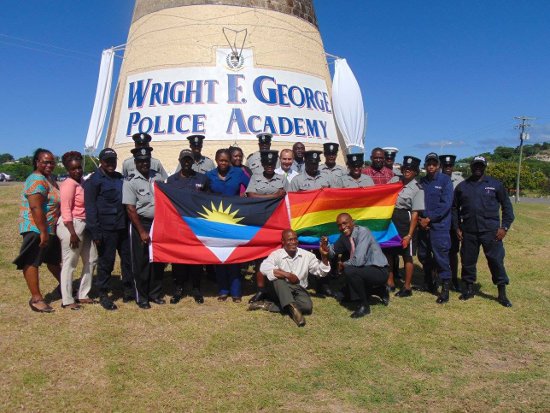 Participants of the Police LGBTI Sensitization Training in Antigua conducted by Canadian HIV/AIDS Legal Network  November 24–27, 2015.Image from http://76crimes.com/2015/12/05/progress-for-lgbti-people-and-rights-in-the-caribbean/ In probably the first case in the English speaking/Anglo Caribbean , a notice of marriage was filed for  a gay couple in Bermuda . In February 2016 ,   same sex partners of Bermudans will get the same rights to live and work as different sex partners. In Guyana, the Director of the Childcare and Protection Agency Ann Greene has confirmed that "Homosexuals can adopt and foster children"  . In Guyana, the story of same-sex love is told unfortunately through violence in this  report that "Gay lover remanded on attempted murder charge ". There are no reports of any other charges, even though the police seemed to be "aware of the intimate relationship"   Guyana born Edgar Mittelholzer in 1965 did fictionalise same sex love
Post a Comment
Read more
More posts