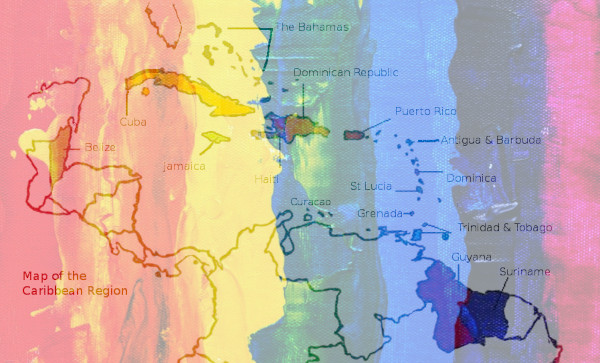 The world seems to be easing out of the pandemic and Caribbean LGBTIQ+ continue their work for equal citizenship.

Does oil and gas mean anything for LGBTIQ+ Guyanese? Check Page 12 of the Stabroek News of 26 April, 2022 and offer an answer!  UNAIDS reports that Guyana's transgender community continues to call for an end to discrimination.

Cuba continues the 'consultations' on the new family code which might open the door to gay marriage. Cuba's LGBTQ hotel opens up gay tourism in Cuba,  while a 'white gay cisgender' traveller lists Belize, Curaçao, Puerto Rico, Cartagena and St Barts as places where he felt safe. The Times UK puts Aruba on the list as well. Romanian activist Luca Istodor writes about an "Unlikely queer journey from Bucharest to Georgetown (Guyana)

Our Circle in Belize spoke out against comments by the Minister of Religious Affairs in which he affirmed Christian Fundamental principles in public service. The Minister said he is open to dialogue.

One Olympic medallist has called on the British Government to push for LGBT rights in the Commonwealth.

Maurice Tomlinson writes about his 'tiny victory' in his 7 year battle to challenge Jamaica's sodomy laws - in which it seems the case will not even be heard!

A homophobic assault is condemned by Colours Cayman. The Jamaica Observer reports on TransWave Jamaica's report into violence against transgender individuals.

Splintered is reviewed in the Guardian UK  - cabaret about queer women in the Caribbean.

Rae Wiltshire from Guyana will be part of the Commonwealth Foundation's Power of the Arts:When Artists Use their work for change on Thursday 10 May, 2022  . Rae's work ".. explores suicide, war, queerness, existenalism, rape, domestic violence and abortion rights. "]]

Bocas Lit Fest 2022 hosted  BackChat: Stories of Change, described as " This sizzling open-mic event brings together LGBTQ+ writers from T&T and the Caribbean, from celebrated prizewinners to talented newcomers, for a lineup that tackles change in every form and size. Featuring Kei Miller, Shani Mootoo, Rosamond S. King, Andre Bagoo, and others, with a musical performance by Xoe Sazzle, hosted by Lisa Allen-Agostini and Phillipé Alexander."

The event is available on the Bocas Lit Fest Youtube Channel